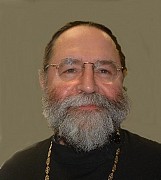 ROCOR currently has over 400 parishes as well as monasteries for men and women in 40 countries throughout the world, served by nearly 600 priests. In North America, it has approximately 133 parishes in the US and 22 in Canada. There are three ROCOR communities in the United Kingdom and 21 in Australia and New Zealand. There are also roughly 100 communities, which owe allegiance to ROCOR in Russia and the other nations of the former Soviet Union.

There are five ROCOR monasteries for men and women in North America, the most important and largest of which is Holy Trinity Monastery (Jordanville, New York), to which is attached ROCOR's seminary, Holy Trinity Orthodox Seminary.

In concert with the Church of Jerusalem, ROCOR also oversees the Russian Ecclesiastical Mission in Jerusalem, which acts as caretaker to three holy sites in Palestine, all of which are monasteries.

The Russian Orthodox Church Outside Russia currently has 13 bishops serving 11 dioceses throughout the world.

Signing the Act of Canonical Communion

Bishop transferred to the Moscow Patriarchate: